Adapazarı (pronounced [adapaˈzaɾɯ]) is a city in northwestern Turkey and the capital of Sakarya Province. The province itself was originally named Adapazarı as well. Adapazarı is a part of the densely populated region of the country known as the Marmara Region. In 2014, the city had a population of 462,087.[1] 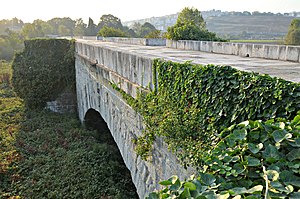 Sangarius Bridge built by the East Roman Emperor Justinian I 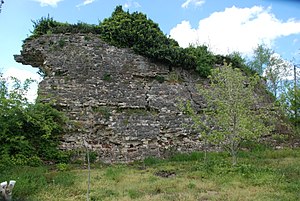 The history of Adapazarı dates back to 378 BC, when it was called Agrilion (Αγρίλιον). Ancient settlers included Phrygians, Bithynians, Cimmerians, Lydians, Greeks, and Persians, but Adapazarı got its identity from the ancient Hellenistic, Romans, and Greek Byzantine rulers. One of the most important remains of historical significance is the Justinianus Bridge (Turkish: Beş Köprü) built by Byzantine Emperor Justinian in 533 CE. Historically, it was situated on the old military road from Constantinople (now Istanbul) to the east, connected in Late Antiquity by the important Sangarius Bridge and, since the end of the 19th century, by a branch line with the Anatolian railway.[2]

In 1868, the Adapazarı Municipality was officially founded on the town called Der Seadet. A sugar factory and agricultural sugar factory attracted many migrants and accelerated the industrialization of the city. A law passed on 17 June 1954 in the Grand National Assembly saw the city separated from Kocaeli Province and made the center of its own province. The 1999 Marmara earthquake affected Adapazarı and inflicted losses in lives and damage. In the 2000 official census, the population was recorded as 158 474. By official decree, the province was renamed Sakarya after the Sakarya River which runs through it.

Adapazarı is the location of a large automobile factory owned by the Toyota Motor Corporation, as well as the Hyundai EURotem train factory. One of the biggest Turkish defense industry Tank Pallet 1st Main Maintenance of Turkish Defense and Otokar a major manufacturer of buses and military vehicles are located in Sakarya. Other major industries in the city and its surrounding province include textile factories for silk and linen products. Agriculture and forestry also form an important part of the city's economy, with the production of tobacco, hazelnuts (fındık variety), walnut-wood, cocoons and vegetables. Adapazari is one of the most important industrial capitals of Turkey. While Turkey is a developing country, the city of Adapazari renovated its infrastructure and industry after the 17 August 1999 catastrophic earthquake which left more than 18,000 casualties behind. In memory of the earthquake municipality had built a museum of earthquake in city center.

Adapazarı is home to Sakaryaspor. Sakaryaspor has won the Turkish Cup once and has played in the Süper Lig for 11 seasons. They were promoted again to the TFF First League in 2011, the second level in the Turkish football pyramid, as they beat Konya Şeker S.K., Bugsaşspor and Bandırmaspor consecutively in the play-off games of the TFF Second League. However they were relegated in the following season, and since 2013 they have played in the TFF Third League. Even though Sakaryaspor is not always a permanent team in the Süper Lig, they have raised many of Turkey's best players, such as Hakan Şükür, Tuncay, Oğuz Çetin, Aykut Kocaman and many more.

Adapazarı has a humid subtropical climate (Köppen climate classification Cfa), with considerable maritime and continental influences. Summers are hot and very humid, and the average maximum temperature is around 29 °C in July and August, although temperatures do usually exceed 30 °C in June, July, August and even September. Winters are cool and damp, and the lowest average minimum temperature is around 3 °C in January. Precipitation is high and fairly evenly distributed the year round, and is heaviest in autumn, winter, spring.

Snowfall is quite common between the months of December and March, snowing for a week or two, and it can be heavy. 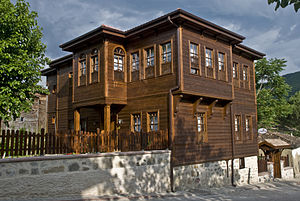 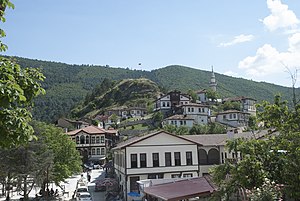